This week Washington Mutual placed 1007 S. Northlake Drive in Hollywood Lakes on the market for a staggering low price of $445,500.  I sold this property for $2,150,000 in June of 2005 (the peak of the market).  Most of the properties value is in it’s premier lot size 100′ x 234′ (half acre) on the water and at this price it’s a definite give away, the only drawback is the home more than likely cannot be torn down since it has historic value to the neighborhood and is located in a Historic Preservation area.  The property had over $60,000 dollars of code violations from the previous owner due to commencing work without permits.

My client placed a $500,000 cash offer (50K over asking price), when I called the agent they stated they had multiple offers on the table, which is often the case with Bank Owned properties and that they would be making a decision within the next 48 hours, my clients offer was eventually rejected as a higher offer was accepted but whoever won the bid got an incredible deal.

Hollywood Lakes is an eclectic  neighborhood just minutes from Hollywood Beach that is comprised of two lakes “Northlake and Southlake”, they are connected to the Intracoastal Waterway with unsurpassed views from either lake.

Hollywood Lakes is a large residential section with twin man 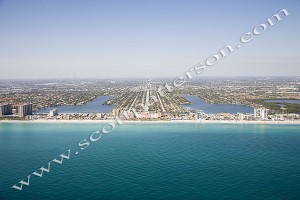 made lakes known as “Northlake” and “Southlake” flanking Hollywood Boulevard as focal points for beauty, symmetry, and aquatic activities. Southlake is designated as a wake zone and is one of the only areas that offers water skiing and Jet Skiing directly from your property with close proximity to Hollywood Beach, Fort Lauderdale, Aventura and Miami.

The lakes draw a lot of attention not just for their size but for the open spaces, unobstructed lake views, cool breezes and natural ventilation that comes from living along either lake. One of South Florida’s hidden waterfront communities.