The Brickell City Centre located in Miami, Florida long-awaited opening is just around the corner. After years of speculation and construction; the waiting game is over. Starting November 2016, the doors will finally open. Here is a breakdown of the tenants whom have officially been announced.

Swire, Simon, and Whitman property group have previously announced the anchor tenants as well: Cinemex, Saks Fifth Avenue and an Italian food hall. The City Centre is expected to draw in over two million visitors per year.

This is not only a sign that developers are feeling optimistic about the economy but also a sign that there’s about to be some incredible new real estate available in South Florida!

According to the recent article I was reading in The Miami Herald, it has only taken roughly 10 months for developers to propose 20,000 new units in Miami Dade, Broward and Palm Beach counties.

Here’s what else the recent article revealed:

Part of the reason that developers are moving so fast to develop new condos is because the inventory of available condo buildings is dwindling fast.

Experts predict that the current supply of existing condos for sale could be exhausted by the second half of 2014.

Some of the projects that developers are proposing include:

Still, despite all this talk about new South Florida developments, these companies have a large hurdle to overcome first: getting loans from the banks, which have tightened their lending policies in recent years.

That’s why experts believe that it is those developers who can drum up sufficient support from would-be condo buyers that will ultimately find success on the South Florida real estate market.

What do you think of the recent flurry of activity on the South Florida condo market? I would love to hear your thoughts!

In the meantime, if you’re thinking about investing in a South Florida condo, please contact me, Scott Patterson.

I’ll be happy to assist you by letting you know about available condos for sale, answering any questions you may have as well as telling you about nearby condo communities in such communities as: 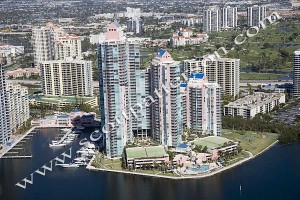 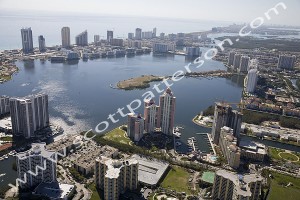 Hidden Bay is just minutes from my office in Aventura and next to 12-Acre Founders Park and two minutes to Aventura Mall.